by ​Marieke Danniau
Avatar: The Last Airbender has been a cultural phenomenon since it began airing in 2005. It’s almost hard to believe that something so cherished by so many people ended sixteen years ago in 2008. And yet, through lasting and intense adoration, it remains a relevant TV show that is continuously being discovered by new fans and rewatched by old ones, with new content in the franchise being constantly produced, from art of books to comics and sequel show The Legend of Korra, as well as new and exciting projects from the original creators in production now. The love and popularity it has and does receive though are well deserved due to its phenomenal writing, world-building, art, animation, and vision, and the Avatar franchise, to the joy of its many long-time and new fans, looks as though it will continue to expand.

I don’t remember the first time I watched the show and that in some ways has made it feel as though it’s always been a part of my life. I’m sure for many people in my generation, Avatar’s been an important part of our childhood. And it still holds up so many years later. As
I’ve grown older, I’ve been able to appreciate the character arcs, the delicate storytelling, the art, and the animation more and more. Every time I watch it, I find something I didn’t catch before, which will come as no surprise to anyone who has watched the show. Avatar has received several awards including a Peabody Award, a Primetime Emmy for animation, and a Kid’s Choice Award. Critics and casual viewers alike love and praise the show, and it has a critic’s score of 97% and an audience score of 98% on rotten tomatoes. Film critic for Vanity Fair, Sonia Saralya writes in review of Avatar, “Franchise writers of all stripes could stand to learn something from how neatly Avatar lines up the audience's expectations, then satisfies them in a way that still manages to feel unexpected” (Saraiya).

Closely tied in with the show’s themes, world-building, and characters are the inspiration and influences it draws from various cultures around the world. The style the show is animated in itself is heavily influenced by anime, and it became a marriage of western and eastern
cartoons. But even more so than that, the cultures and locations in the Avatar world are inspired by real-world locations like the Great Wall and the Forbidden City in China which were used as references for Ba Sing Se, Mayan ruins for the ancient sun civilization, and various parts of Icelandic landscape for the Fire Nation. The attention to detail in the show is astounding and the creators, Dante DiMartino and Bryan Konietzko, have made multiple trips around the world to draw inspiration from different cultures xand places to give the world-building in the show a more deep, realistic, and interesting feeling. Furthermore, all the calligraphy seen in the show is Chinese, and the creators ended up hiring Dr. Siu-Leung Lee, a Chinese calligraphy expert, to work with the show and do all the translation and writing necessary. Konietzko writes in Avatar’s art of book about Dr. Siu-Leun Lee’s work for the show, “If it were a highly cultured royal
attendant, he would use a refined, elegant style, but if it were a low-level clerk, he would use a more pedestrian handwriting” (Konietzko 126).

Similarly, the bending styles from the four Avatar nations are all based on real martial arts styles. And much like what they did with Dr. Siu-Leun Lee, DiMartino and Konietzco hired an expert in various martial arts, Sifu Kisu, to choreograph action and help with the bending.
Kisu based each of the bending styles on a martial art, waterbending on Tai Chi, earthbending on Hung Gar, firebending on the Northern Shaolin style of Kung fu, and airbending on Ba Gua. For every fight scene in the show, Sifu Kiso helped to choreograph the fight and act it out so that the storyboard artists could base the art on the video footage of the actual fights, to add an extra layer of realism to the action. Avatar is an exquisite piece of art, even ignoring the story and characters, from the animation to the concept art.

Because of the extraordinary amount of work and thought that went into creating Avatar: The Last Airbender, the love for it has lasted from its creation up until now, and in between the time it finished airing and present day, a few interesting things have happened because of its
resounding impact. In 2010 a live-action adaptation of Avatar under the name The Last Airbender directed by M. Night Shyamalan was released to less than enthusiastic audiences. Overall, the film has become a kind of infamous stain on the franchise, though mostly it goes
unacknowledged. This is in part due to the distance in narrative, character, tone, theme, and the cultural connections and inspirations from the cartoon, but also just because it wasn’t a very good movie in and of itself. It received an unsurprising critic’s rating of just 5% on rotten tomatoes as opposed to the 97% rating its source material received. Moving on from that, though, in 2018 another live-action adaptation of Avatar was announced by Netflix. Creators and producers working on the live-action have stated that they wish to fix the mistakes made in the 2010 live-action, which include, but are not limited to, the whitewashing of the three main characters, the erasure of cultural connections and inspirations that Avatar was heavily based in, the lackluster action, and the personality wipes of the characters. However, since the production on the live-action Avatar started in 2018, The Winx Saga, Netflix’s adaptation of the Winx Club,
was released and similar problems from Avatar’s 2010 live-action appear in that, with the whitewashing of a Latina character as well as a total mood shift from the original, completely alienating the show’s original audience and creating something that only resembles the cartoon in name.

In light of recent Netflix adaptations of beloved cartoons like the Winx Club and the Archie Comics turned Riverdale that have erased the original tone in place of a dark gritty highschool drama, it comes as little surprise that the creators of Avatar ultimately decided to
break from the live-action Netflix adaptation due to differences in vision. Though the live-action series is still in production and will be released on Netflix, it will be done so without Dante DiMartino and Bryan Konietzko. I, personally, don’t have high hopes or expectations but I’m still very curious to see what will come of it.

And perhaps in part due to all the excitement surrounding the news of Netflix’s adaptation and then Avatar’s release on Netflix in the U.S. in May of 2020, the franchise has had a recent re-surge in popularity. Because of all the renewed and sudden interest, the original creators, instead of working with Netflix, have come together to create Avatar Studios under Nickelodeon, which is set to create an animated film based in the Avatar universe as well as other future projects.

No American animated TV show has ever eclipsed Avatar: The Last Airbender in its adoration and popularity, complexity, and how far it has expanded just beyond the original show, now that the franchise has its own studio under Nickelodeon. I’m sure that regardless of how old
I get and how much time has passed, Avatar: The Last Airbender will remain something that I can rewatch over and over, and I am definitely excited to see what its creators and team have in store for the future. 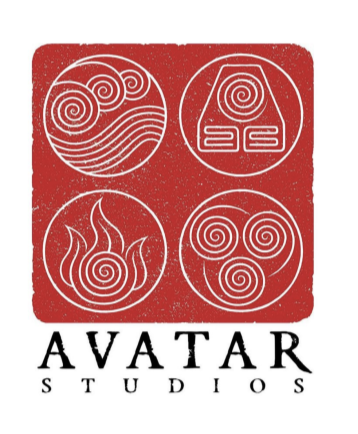